The European Council for Fatwa and Research in UK

Dr. Abdullah Al Judai’ is one of the leading scholars of our time and a key reference-point for the Scholars in the West and 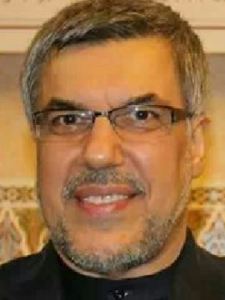 beyond. He studied traditionally and received Ijaza from the leading scholars of Iraq. He is one of the founding members of the European Council for Fatwa and Research, an organisation bringing all the leading scholars in Europe working to unify the jurisprudence views between them in regards with the main fiqh (Islamic Law) issues that relate to the Muslim minorities living in the West. He too offers fatwa services to members of the Leeds community, fiqh courses and a weekly Qu’ran Tafseer (exegesis) class in LGM that is delivered in Arabic. The weekly Qu’ran class has been delivered for the past 20 years. Shaykh Abdullah Al Judai’ is well published, with tens of books, research papers and valuable publications which are well known worldwide.

1- Management of (Al-Judai for research and consultancy) Leeds. With the following tasks:

2- Vice President of European Council for Fatwa and Researches.

3- Member of the International Union of Muslims Scholars.

5-Author and investigator of number  of researches  and studies in Islamic Sciences, reaches  sixty ones most of them published.

The most prominent ones: