The European Council for Fatwa and Research in UK 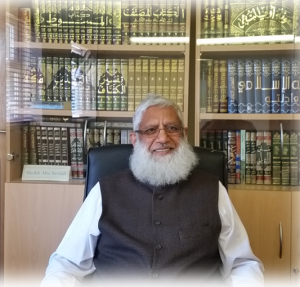 As a graduate of the Islamic University, Madinah, Saudi Arabia, I gained my ‘Licentiate in Sharia’ and have been actively involved in dealing with Muslims living in the United Kingdom in matters requiring advice in light of the Islamic laws.

Since its inception in 1982, i have been part of the Islamic Sharia Council in Leyton, which has dealt with thousands of cases relating to matrimonial problems as well as child custody, inheritance and similar issues. My opinion has been sough by both solicitors and British courts when dealing with matters concerning Muslim clients.

I am a member of the European Council on Research and fatwa, which is headed by the famous Egyptian scholar, Dr. Yousaf Al-Qardawi. As a research scholar, i give my opinion for the issuance of fatwa’s in the light of the Islamic teachings.

There are a number of papers on the issue of Muslim Personal laws, Divorce & dissolution of marriage in Islam, which were presented by me in various seminars and conferences either in UK or abroad.